Eugénie Droz founded the Textes Littéraires Français after the end of World War II, in 1945. This collection is dedicated to the critical edition of significant texts from the French literary heritage from the Middle Ages to the twentieth century. The texts are available in a small, handy format, and each edition is accompanied by an introduction, notes, a glossary, and an index when necessary. This rigorous critical apparatus welcomes the scholarship of the best specialists to shed light on the creation of these works, and, no matter their time period, to provide modern readers with the most meticulous explanations on their historical, cultural, and linguistic contexts. For seventy years, the collection has welcomed, in addition to some smaller works, more than 600 monuments of French literature.

Librairie Droz hosts two other portals, one dedicated to Humanism and the Renaissance, and the other to texts and studies on Calvin.

The Centre national du livre supported the development of this portal, as well as the digitization of the first 600 texts in the collection. 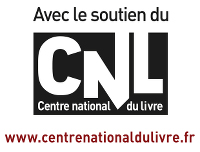 For subscriptions, contact , licences can be exactly adapted to your needs and technical environment.

For editorial or technical suggestions :